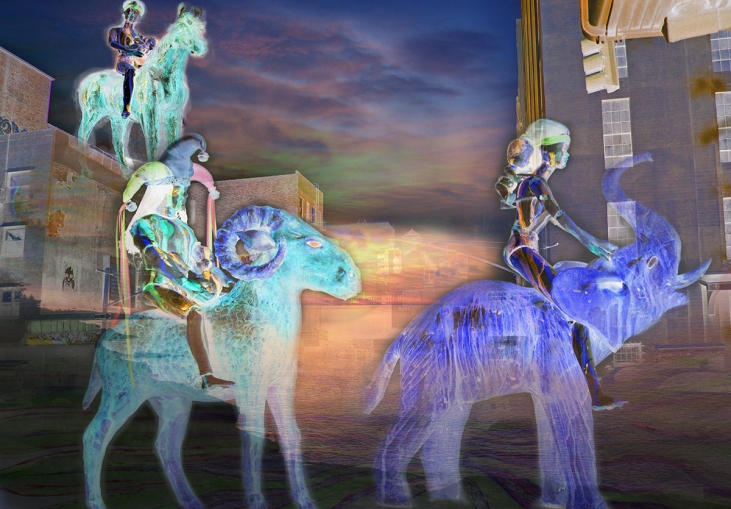 In 2007 began making digital collages depicting the continuing adventures of a kind of Paleo-Postmodern migratory clan called the Painted People. Former Barbies, Kens, GI Joes and various animals, they trek across the face of an earth that reacts to their presence by becoming more alive, more beautiful, more revelatory of its underlying forces. In the "Night in the City" series, concrete and stone caverns turn into strange night places where streets become fluid streams, skies morph into oceans and webs of life, buildings harbor and dissolve into fantastic life-forms.

The clan now has three babies and many more animals, which come from various sources including thrift shops, toy stores, the vendors on Canal Street in lower Manhattan, gifts from friends and even from trash piles on the street. I take them to my studio where they are stripped of their old identities by being gessoed in white and then painted in abstract expressionist drip-style in a Piet Mondrian palette of red, yellow and blue.

After being assimilated into the clan, they go on trips and vision quests, sometimes in reality, sometimes via virtual means, traversing places altered by their presence to reflect worlds of premonition, environmental change (apocalypse?) and natural magic.

Called “iridescent” by Dan Bischoff in his review in the New Jersey Star Ledger, the images of the Painted People are layered with my photos of nature, the city, and my paintings and drawings. 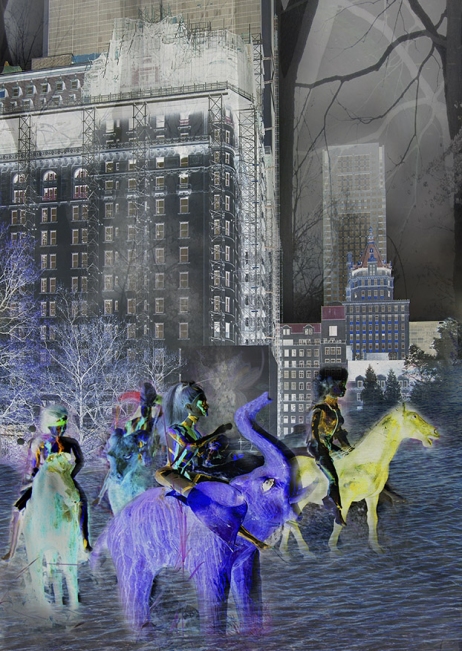 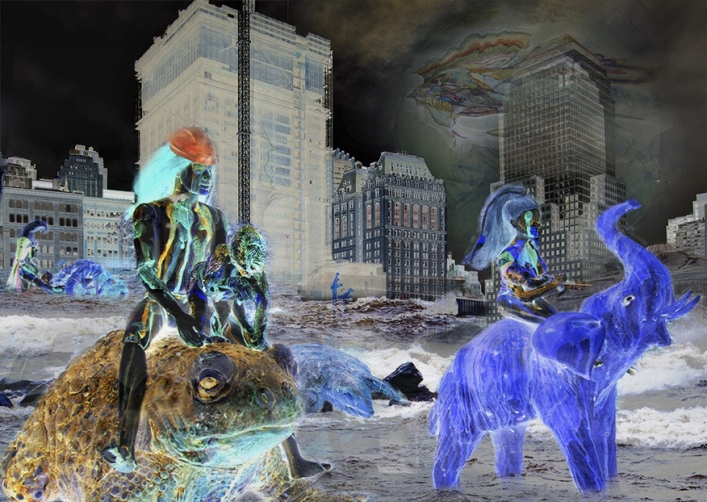 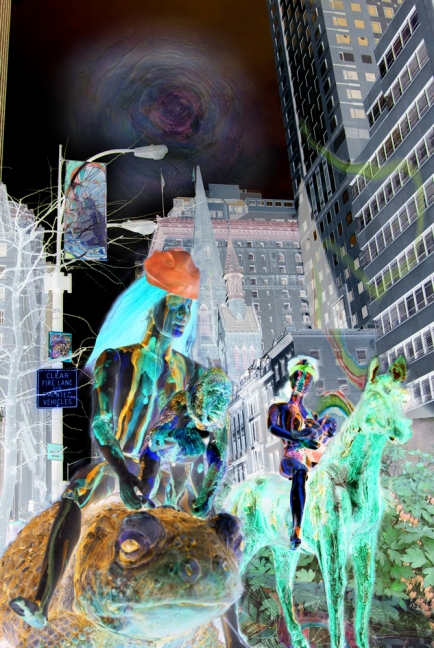 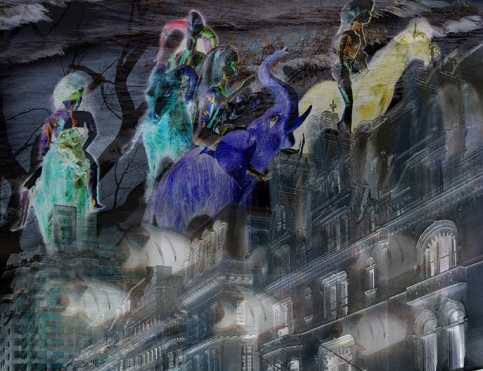 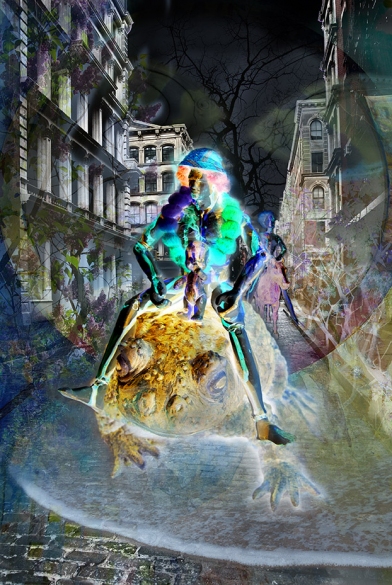 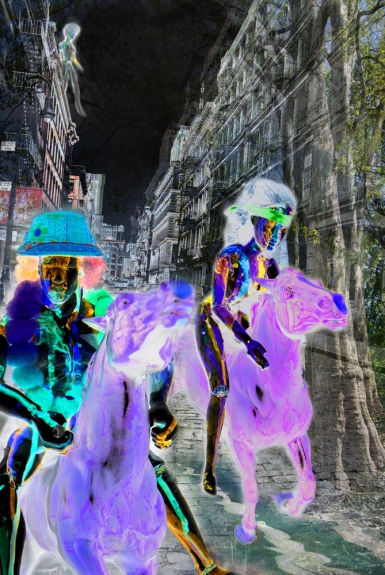 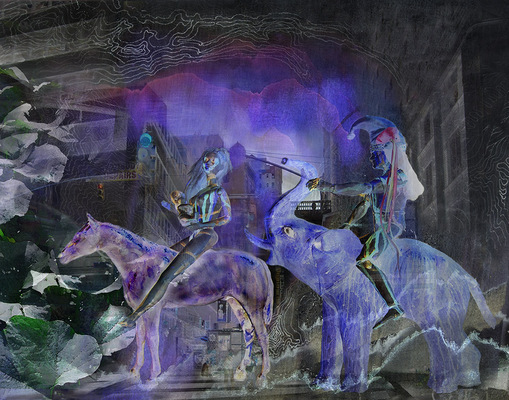 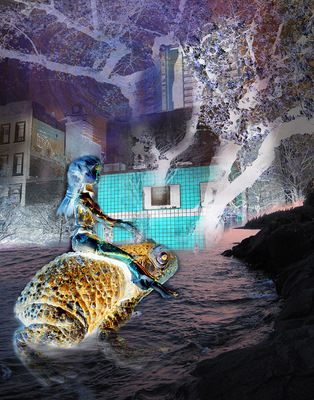